On November 26 and 27, 2017, Ivan Repušić will be conducting Hanover’s Niedersächsisches Staatsorchester in the season’s 3rd symphony concert.

Ivan Repušić will direct the new production of SALOME at the Niedersächsische Staatsoper in Hanover. The premiere is on November 18, 2017, with further performances on Nov. 22 and on December 1, 10, 13 and 22, 2017.

GMD terminates contract for the end of the 2018/19 season

Ivan Repusić, General Music Director of the State Opera in Hanover, will not be renewing his contract beyond the 2018/19 season. As a consequence of his commitments in Germany and beyond, he is unable to give the position of GMD in Hanover the attention it requires. Repusić remains Principal Conductor of the Munich Radio Orchestra.

Repusić stressed that the decision had not been an easy one to make. However, he emphasized the need to focus on the immediate future. He was looking forward to another two rewarding years of collaboration with the management of the State Opera in Hanover and the State Orchestra of Lower Saxony. “In just a short time, we have together achieved a great deal. I will always remember Hanover as a city that shaped my musical career,” declared Repusić.

Ivan Repusić has been GMD of the State Opera in Hanover since 2016, and previous to that he was a leading conductor of the opera from 2010 to 2013. He will conduct at the premiere of the new staging of Richard Strauss’s opera Salome on November 18, 2017.

Ivan Repušić will conduct the 2nd symphony concert given by the State Orchestra of Lower Saxony on October 8 and 9, 2017 featuring works by Richard Strauss (Four last songs & Death and Transfiguration) and Ludwig van Beethoven (Symhony No 5). 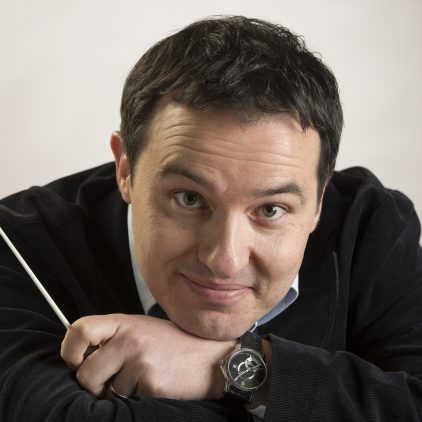 On September 30, 2017, Ivan Repušić will be on the rostrum of the State Theatre Hanover to conduct this season’s revival of Richard Wagner’s THE FLYING DUTCHMAN.

Ivan Repušić stages his inaugural concert as Principal Conductor of the Munich Radio Orchestra with a concertante performance of Giuseppe Verdi’s LUISA MILLER. The performance is at 7.00 on the evening of Sunday, September 24, 2017, in Munich’s Prinzregententheater.

Gaetano Donizetti LUCIA DI LAMMERMOOR will be conducted by Ivan Repušić in 2 performances at the Deutsche Oper Berlin; performances dates are Sept. 13 and 17, 2017.

Ivan Repušić will be conducting four performances of Mozart’s MAGIC FLUTE at the Semperoper Dresden.

Ivan Repušić will conduct THE FLYING DUTCHMAN in a festive evening of opera with Camilla Nylund and Thomas Johannes Mayer (on June 18, 2017) and the 8th symphony concert given by the State Orchestra of Lower Saxony on June 24 and 25, 2017 featuring works by Blagoje Bersa, Richard Strauss and Gustav Mahler.

Ivan Repušić conducts Richard Wagner’s opera “The Flying Dutchman” for the first time in a new production at the Niedersächsische Staatstheater Hanover. Opening night is on 11.02.2017.