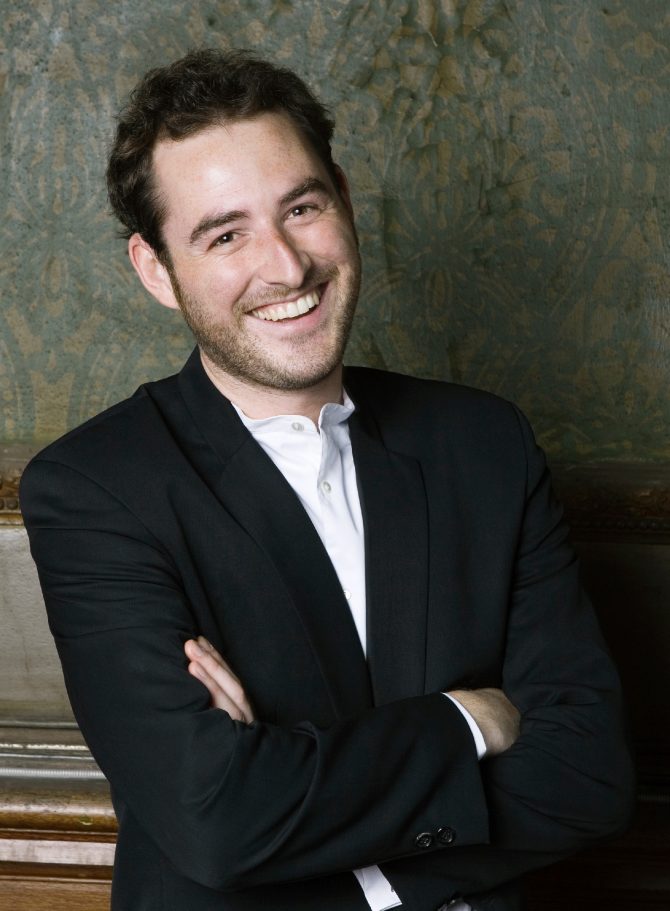 Conductor Johannes Zurl pursued courses of study with Prof. Karl-Heinz Steffens, Prof. Steven Sloane and Kurt Masur. A scholarship holder at the Berlin Philharmonic’s Karajan Academy and an ARD (Munich) Music Competition prizewinner, he attended master classes given by Jorma Panula, Bernard Haitink and David Zinman. He has accepted repeated invitations to the American Academy of Conducting at the Aspen Music Festival. In 2014, Johannes Zurl was invited by Lorin Maazel to the Castleton Festival as Conducting Fellow and by the Colorado Symphony Orchestra Denver to a concert of Max Steiner’s film music to Casablanca.

As a rehearsal pianist, he assisted Hans Graf, Rafael Frühbeck de Burgos and Christian Thielemann. At the invitation of Jeffrey Tate, he has since 2009 made regular appearances on the podium of the Symphoniker Hamburg orchestra. The 2012/13 season marked his debut with the Deutsche Symphonie Orchester Berlin, with which he has recorded a CD featuring works by Hindemith for the cpo label. His highly regarded second CD appeared on cpo in the winter of 2016, this time with the Symphoniker Hamburg in works by Romantic composer Friedrich Gernsheim. His recent debut CD on Sony Classical with the RSO Berlin and Barbara Schöneberger scored a notable success. Since 2018 he has regularly been directing and instructing the college orchestra at Hanover’s Hochschule für Musik und Theater in rehearsals of repertoire. He is also to be seen as conductor in the new ZDF classical music series Klassik im Club and has debuted in Hamburg’s Elbphilharmonie. Johannes Zurl was nominated for the 2020 Opus Klassik awards.

In the company of Mojca Erdmann, Ruth Ziesak, Pierre-Laurent Aimard, Johannes Moser, Nils Mönkemeyer, Tabea Zimmermann and many others, he has guested at such festivals as the Heidelberg Spring Festival, Beethovenfest Bonn, the Jerusalem Chamber Music Festival, Schubertiade Schwarzenberg and the Aldeburgh Music Festival.

With effect from the 2019/2020 season, Johannes Zurl has been part of the conducting team at the State Theatre in Cottbus initially as Kapellmeister and since January 2020 as leading Kapellmeister.