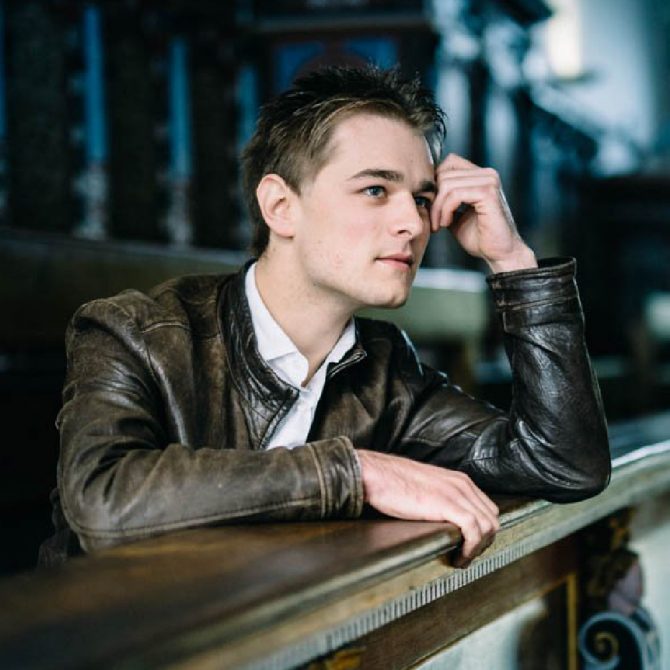 The German Conductor, Stefan Bone, is currently Kapellmeister at the Opernhaus der Landeshauptstadt Kiel where his activities include opera and ballet performances as well as family and gala concerts with Philharmonisches Orchester Kiel. He formerly served the position of solo répétiteur for the opera house, responsible for rehearsals of works such as  DIE WALKÜRE, SIEGFRIED, GÖTTERDÄMMERUNG and ARABELLA.

Prior to his work in Kiel, Stefan Bone was Chief Conductor of Freiburger Orchestergesellschaft. From 2013 to 2016, he was a lecturer in coaching at the Hochschule für Musik Saar and was active as a pianist at the Stadttheater Freiburg.

Guest conducting engagements have recently taken him to the Deutsche Kammerphilharmonie Bremen (MUSICLAB-CARMEN), the Chemnitz Opera House (DIE ZAUBERFLÖTE), and the English National Ballet (SLEEPING BEAUTY). In the 2021/22 season he has been invited back to Bremen as musical director of the STADTTEIL-OPER with the Deutsche Kammerphilharmonie Bremen, and will also conduct his debut at Perm Opera House.

The main focus of his conducting work is the cultivation of the Russian repertoire from Tchaikovsky to the modern era as well as the music theatre works of W. A. Mozart. His new production of DIE ENTFÜHRUNG AUS DEM SERAIL, conducted in 2018 as part of the Musik und Theater Saar festival, met with great acclaim. The Saarbrücker Zeitung described the quality of the festival orchestra as “pure sonic pleasure, with a robust Janissary-band percussiveness as well as airy, deliciously blossoming Mozart sound”. Opus magazine praised an “excellently organised orchestra under the expert and taut direction of the young Kiel Kapellmeister Stefan Bone”.

Among the orchestras directed by Stefan Bone are Stuttgart Chamber Orchestra, Zurich Tonhalle Orchestra, Civic Orchestra of Chicago, Sinfonietta Berlin, Mannheim Chamber Orchestra, Robert Schumann Philharmonic Orchestra in Chemnitz, Gstaad Festival Orchestra, National Youth Orchestra of Chile and South Denmark Philharmonic Orchestra. From 2012 to 2016, Stefan Bone studied orchestra conducting with Professor Lutz Köhler, Professor Scott Sandmeier and Massimiliano Matesic at the University of Music Freiburg conducting productions, whilst a student, of LA FINTA GIARDINIERA, LE DOCTEUR MIRACLE and LES MAMELLES DE TIRÉSIAS. He was the finalist for the Neeme-Järvi Conducting Prize at the Menuhin Festival Gstaad in 2015 and, in the same year, was one of four finalists competing for the Sir Georg Solti Fellowship of the Chicago Symphony Orchestra.

Stefan Bone has received special support from such conductors as Paavo Järvi, Georg Fritzsch and Leonid Grin. He assisted them in philharmonic concerts at the Orquesta Sinfónica Nacional de Chile in Santiago de Chile, as well as in Buenos Aires at Teatro Colón and the Orquesta Filarmónica de Buenos Aires in 2017. In the same year he helped Paavo Järvi in a series of concerts with the Sinfonietta Riga and the Estonian Festival Orchestra and assisted him in his Elbphilharmonie debut concert with NDR Elbphilharmonie Orchestra and Shostakowitsch`s Leningrad Symphony. He has taken further conducting studies with Daniele Gatti, David Zinman, Neeme Järvi and Gennady Rozhdestvensky.

Stefan Bone completed his piano studies with Professor Kristin Merscher with a bachelor’s and master degree at the University of Music Saar. He gained further assistance in piano and chamber music from Karl-Heinz Kämmerling, Arbo Valdma and Eduard Brunner. He is the first winner of the Concours artistique d`Epinal in the chamber music category and has been the recipient of financial support from the Doms Foundation Basel, the Anna Ruths Foundation, the Saarland the Bruno and Elisabeth Meindl Foundation.